“Hagberg has a unique voice on his instruments, blending Eastern inspiration
with the Scandinavian sounds in a wonderful way” (Nettavisen)

”Celestial inspiring music freed from
the annoyance of labels.” (all about jazz) 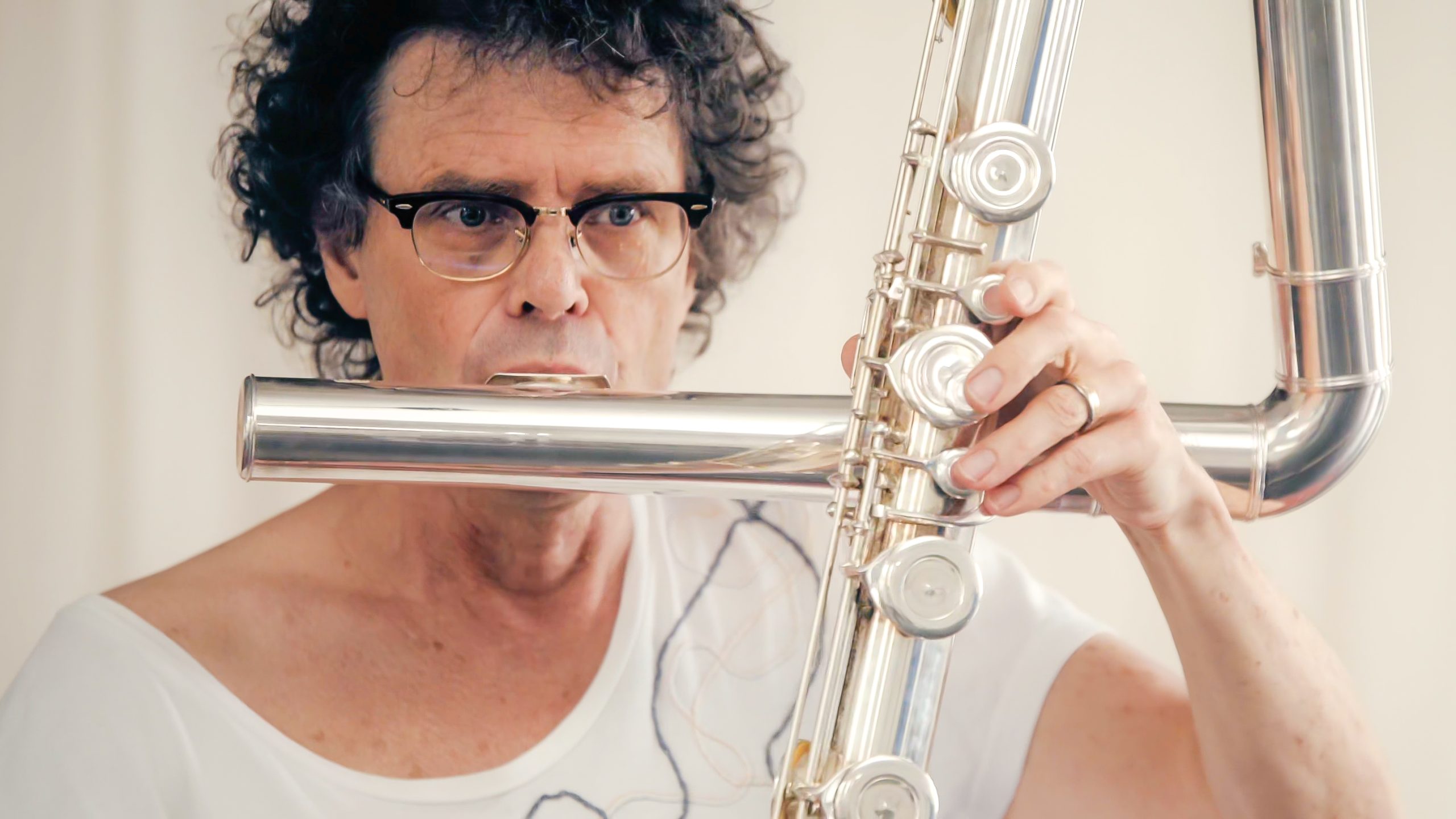 Article in GU Journal about Places and Spaces and Ensemble classes.

Press about MA:
“Hagberg manages to hold all the expressions together and create an atmosphere of its own, a very evocative soundscape… unrelentingly fascinating.” Kulturdelen.

“Experimental music with absolute presence. Anders Hagberg masters this construction of a musical landscape to perfection…he has total presence in the situation, in the moments.” Opulens

“Anders Hagberg is easily one of the country’s most exciting musicians right now.” UNT

MA
Release May 27
Anders Hagberg & Johannes Lundberg
All the music on this album was recorded in different spaces with different acoustic conditions, using an improvisation-based approach that left much or all to the impulses of the place and moment. Half of the pieces on the album consist of solos for flutes of different sizes, with minimal accompaniment. The others were played in duo with double bassist Johannes Lundberg and were recorded in two spaces with big, warm acoustics: the main exhibition hall at the Nordic Watercolor Museum and Ohlin Hall at the Academy of Music and Drama in Gothenburg.

“This year’s most suggestive jazz.” (LIRA)

November 8: Release for a new collaboration with Stephen Nachmanovitch.
So Far, So Near. 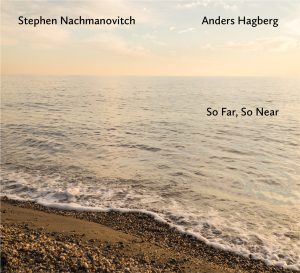 I am honored to be included in this years NFA, National Flute Association which will take place on line! Electric Low Flutes and Closing Ceremonies.

In connection to the US launch of North, there is a feature interview in OCCHI MAGAZINE (US).

In collaboration with Hagakyrkan, Knutpunkt and Gothenburg City Hagberg Music is hosting three streamed concerts in the magic space of Haga Church. 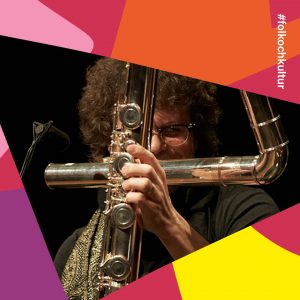 During the conference FOLK och KULTUR (February 10 -12) I will participate with three videos with solo performances.

On February 20 the visual artist Carolina Jonsson will open on Galleri PS. Her video work includes new music I made especially for the project Gränsland 1

NEW ALBUM with YGGDRASIL Available on all digital platforms

Review and article of NORTH in the Canadian Magazine TEXTURA

Review of NORTH in LIRA Magazine

Here’s a teaser from the upcoming album. To the child within us all. 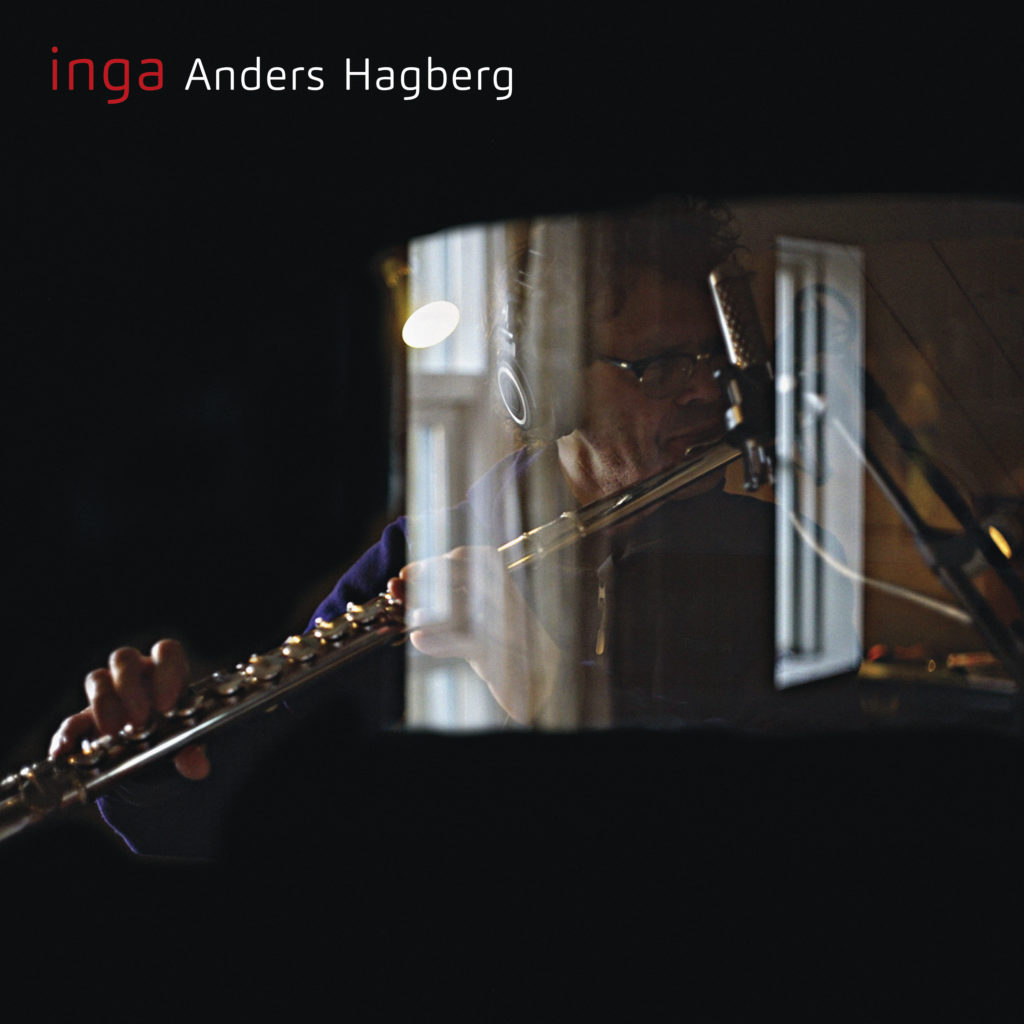 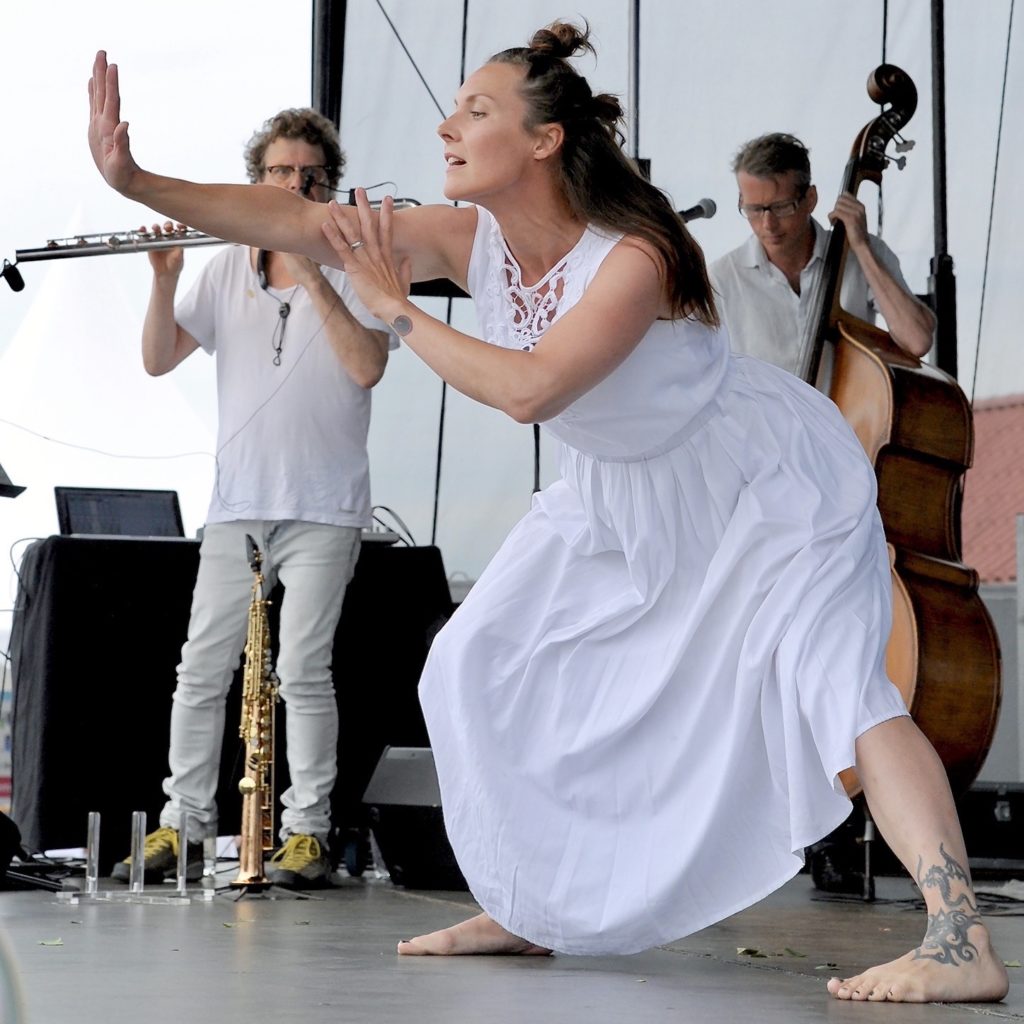 Conversation with Ramin Sadighi on how to deal with the Corona pandemi as an artist.

Great memories from Tehran and Show of Hands in August. 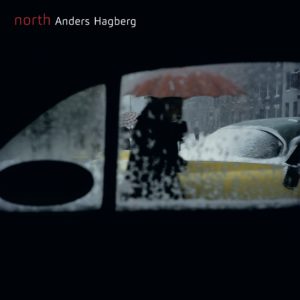 I am happy to announce that a first song from my new album is released. The song is dedicated to the late Sami Joiker Inga Juusso who I had the privilege to play with during a couple of years and who performs on my albums Earthsongs and The Herd.

I am joined by some great Scandinavian musicians and friends.

With PLACES & SPACES Anders Hagberg introduces a serie of site specific performances where music and dance interacts with the unique scenography and sound of the place and space. Outdoors, with physical distance but with human nearness.

Thanks for dropping by, I hope you are well in this strange time we are experiencing! My teaching take place from home via video and all performances are of course cancelled.

There are at least some good news: I’ve completed music for a new album that was recorded in the end of February, just before the Corona paralyzed the world. The session was like a flow and everything was completed in 1,5 days. I am so blessed to be joined by the great musicians and people Johannes Lundberg, Helge Andreas Norbakken and Joona Toivanen. Global release for NORTH in September 2020.

Starting up the new decade with composing music for a new dance performance by Embla Dance & Theatre. Premiere in April.

I am also writing and arranging new music for the Hvila string quartet which I will be performing at the Gothenburg Concert House on February 15.

The concert “SONG OF THE MASTERS” during 2019 Sori Festival was broadcasted last week in Korea. Here is an excerpt from the show. Full concert click the link. 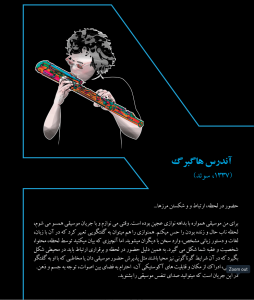 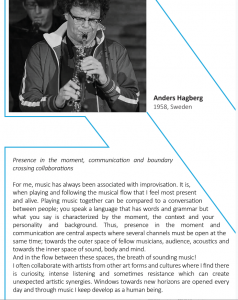 Some reviews of the album TRUST.

Orkesterjournalen, OJ
“Organic! New landscapes to be discovered … a stream you just want to float in … suggestive jazz.”

Looking forward to some great festivals the upcoming months.

23-28 August, Iran
Teheran Show of Hands Festival III:  Wind Instruments
The festival will be held from the 23rd until the 28th of August in the Niavaran Cultural Center in Tehran and I am doing a solo concert and a workshop

2 – 6 October, South Korea
Jeonju Int´l Sori festival. Wish on the Winds
I am honored to be invited again as a soloist to Sori Festival which is the winner of the Trans Global World Music Festival Award.

NEWS: The University of Gothenburg, Academy of Music and Drama.

Happy New Year! Anders is starting 2019 with studio work, recording some new projects and teaching at the Academy of Music & Drama.

The collaboration between Melodic Melange and Korean geomungo artist Gyu Ho (An Eun Jung) has already resulted in the brand new album The Goot Vibe. 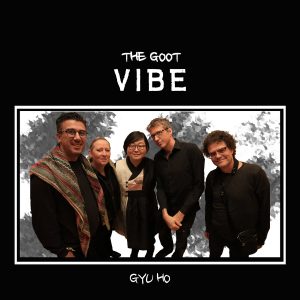 Great concerts in Jeonju, South Korea with MELODIC MELANGE. Enjoy a VIDEO from our first show.

TODAY TRUST IS AVAILABLE ON ALL DIGITAL PLATFORMS AND AS CD. Why don´t you enjoy it on Spotify 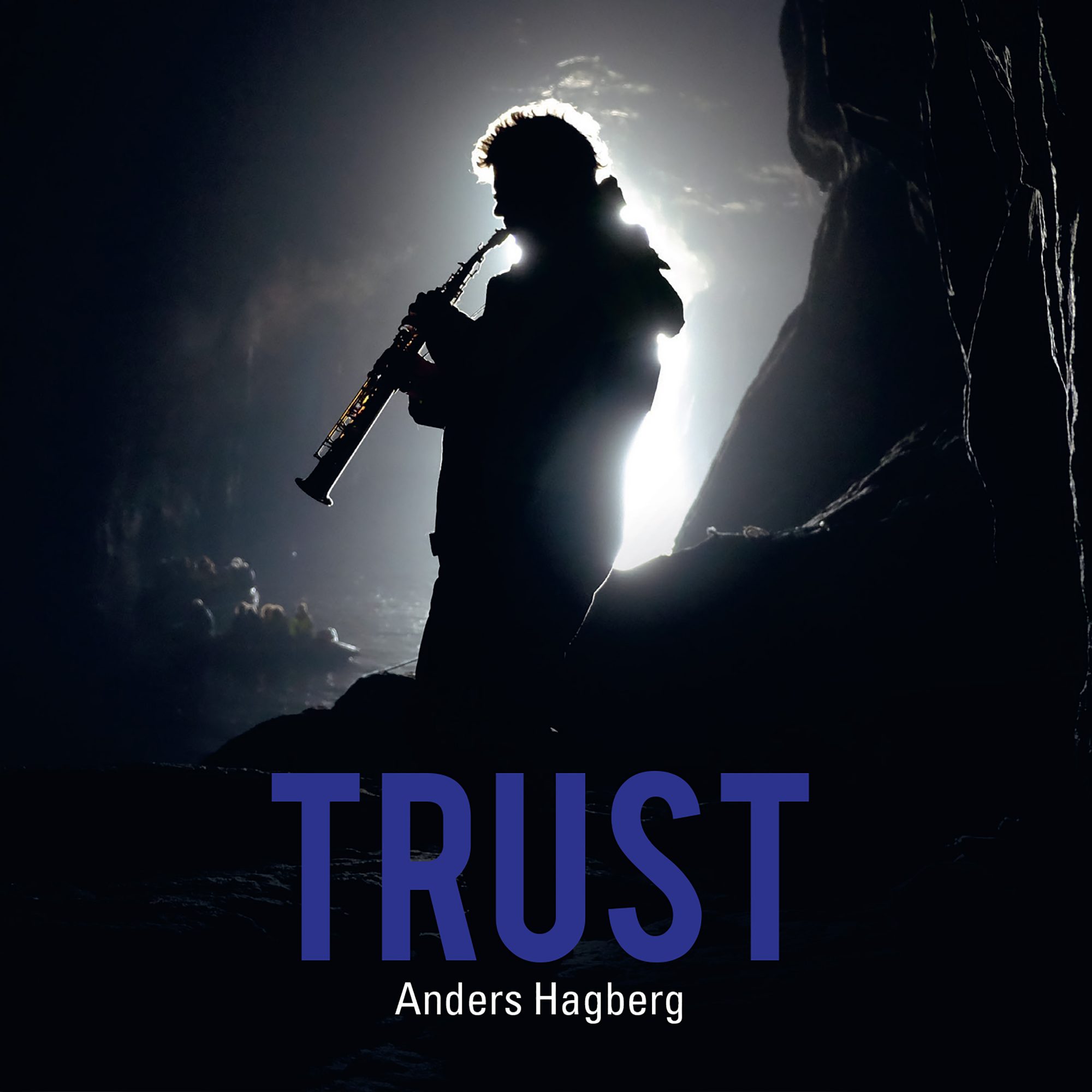 I am so happy that my new album, TRUST will be released in September. First single with the title song will be launched on August 15. Spotify or iTunes Here´s a teaser: https://www.youtube.com/watch?v=FHPzCi5D6f4

NEW ALBUM RELEASE, MARCH 16. Duo with organ player Johannes Landgren. Available as a CD and on all digital platforms! 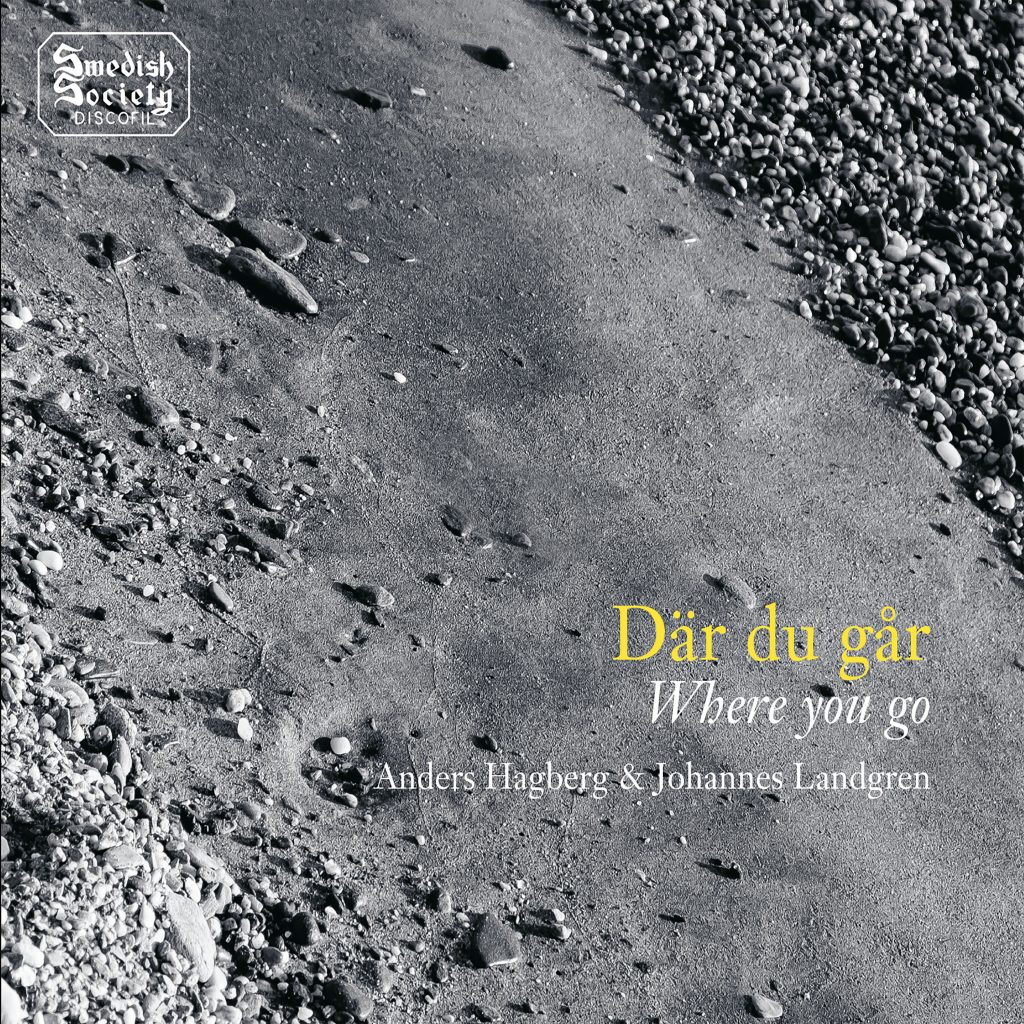 January 25 – 26 I was hosting contemporary flute master ROBERT DICK who visited the Academy of Music and Drama. On 26th I was part of an open seminar on extended techniques with him and Anna Lindahl.
PARSE on EXTENDED TECHNIQUES

April Tour: April 12, 2018 I will start a tour in Sweden which will include 5 concerts with three different collaborations that are connecting musical worlds. From Visby in the East, Malmö and Helsingborg in the South, Göteborg in the West and Sigtuna in the middle of Sweden, I will have the privilege to play with some fantastic musicians. Suranjana Ghosh, Svante Henryson, Karin Nakagawa, Ahmad al Khatib, Nabil Kassis, Lisbeth Diers and Johannes Lundberg. Calendar 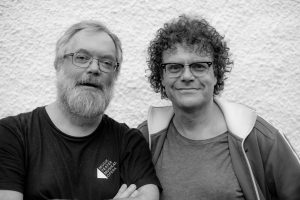 Our second album is here! We have chosen music with foundational, archetypal melodies: Swedish folk chorales, Gregorian chant and simple ballads. Our collaboration is characterized by exploratory encounters: between traditions, genres, approaches to improvisation, and instrumental timbres In particular, the tension between silence and sound became a central feature of this project. Music breathes—in space. naxosdirect.se 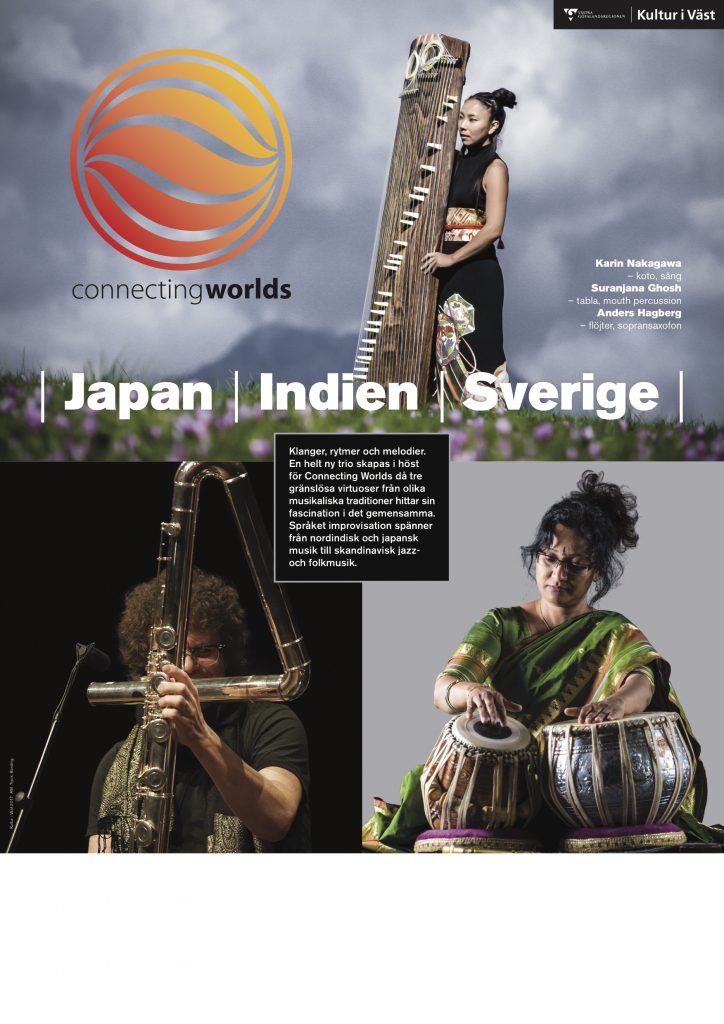 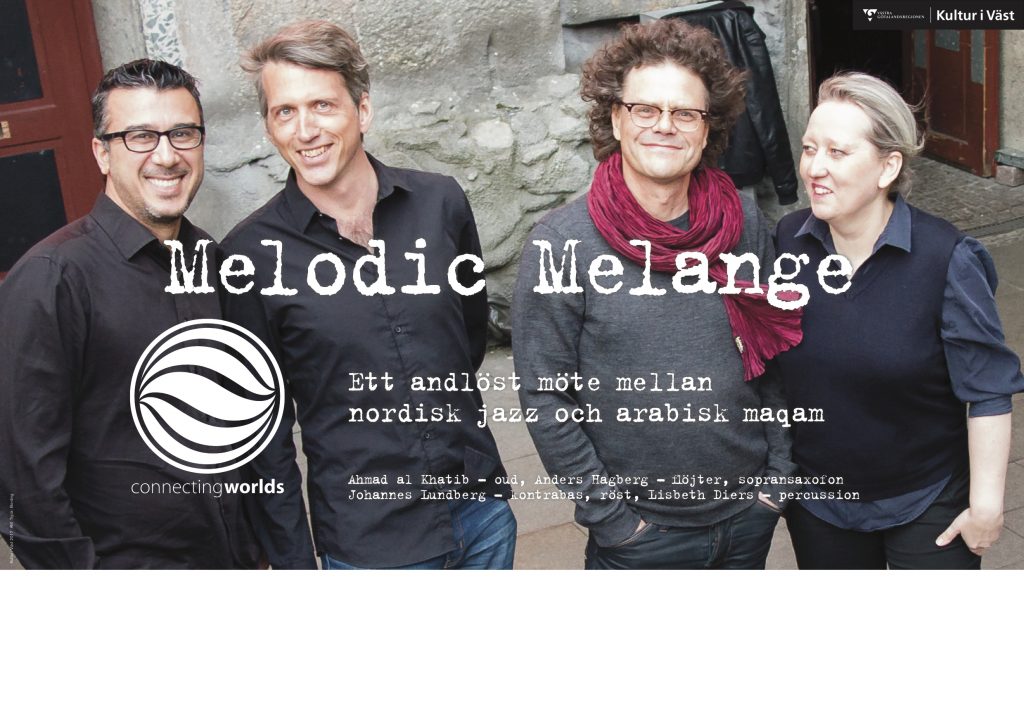 Great Spring tour with Melodic Melange. Here´s a photo right before the show at Nefertiti in Gothenburg. 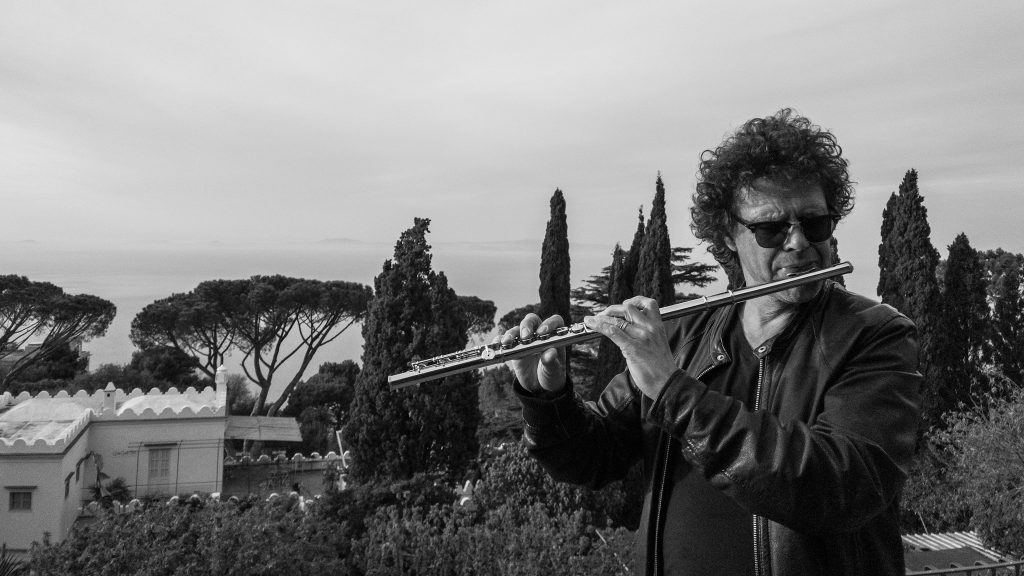 After an intense 2017  I´m happy to look back on wonderful performances! I feel grateful and blessed to play with the fantastic musicians that have been part of the projects.
Connecting Worlds has, since autumn 2016 presented over 30 artists from 16 countries!!!

This fall Connecting Worlds are doing two projects which I am so looking forward to!
15 concerts from south to north of Sweden.

Autumn News.
Had a nice performance with Svante Henryson and Suranjana Ghosh in Stockholm last Saturday August 19.
Suranjana and I will in november team up with amazing koto player Karin Nakagawa  in one of two CONNECTING WORLDS projects this fall. The other is an extended tour with Melodic Melange which I am really looking forward to!

Good News!!
The Nordic group Yggdrasil that I´ve played with since the 1980s are nominated to “Nordiska rådets musikpris 2017” (Nordic Council Music Prize 2017)

Hi!
I have been spending the winter recording new music, teaching and writing about my artistic research project. (Capri, Italy)

I am now looking forward to the upcoming new serie of CONNECTING WORLDS with premiere April 19 at Nordic Watercoulour Museum, Tjörn, and an extended tour with MELODIC MELANGE. Check Calendar for updates!

Later this year Connecting Worlds will be collaborating with Kultur i Väst with two tours, Melodic Melange (October) and a new combination with the amazing artists Karin Nakagawa (koto) and Suranjana Ghosh (tabla) (November) 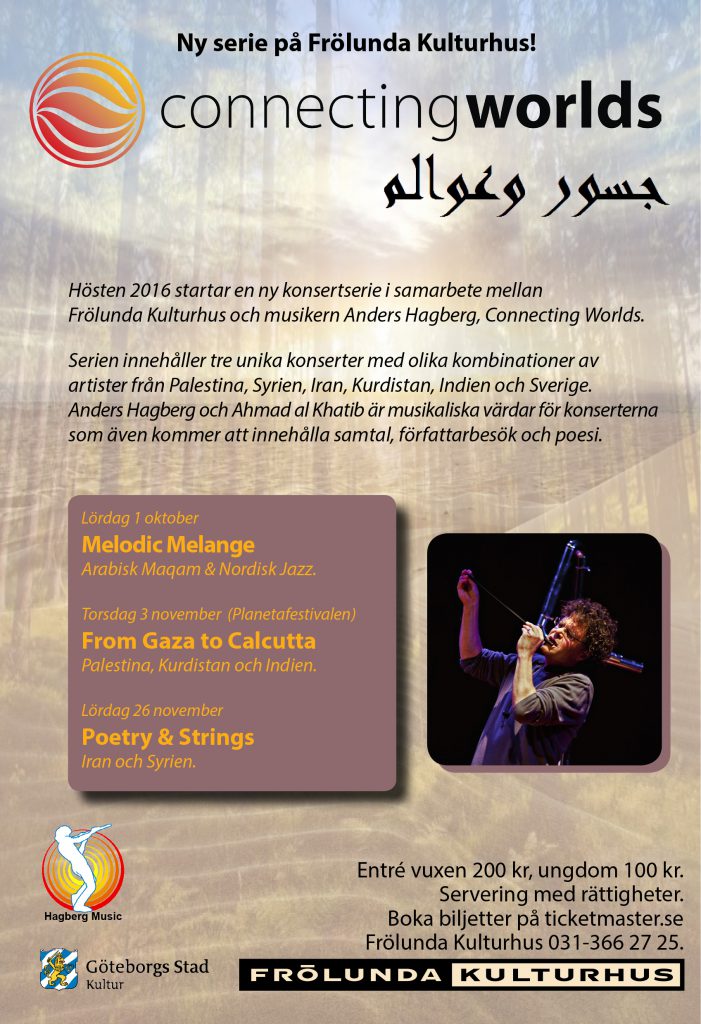 I am so glad and proud to announce a new series of concerts at Frölunda Kulturhus in Gothenburg, CONNECTING WORLDS. Amazing artists from Sweden, Palestine, Syria, Kurdistan, Iran and India will meet in three different and unique concerts.
Warm Welcome!!

Starting this year with composing new music in connection to my writing about modal improvisation; musical reflections from my encounters with Middle Eastern and Indian artists. More concerts and projects when we approach  the summer. 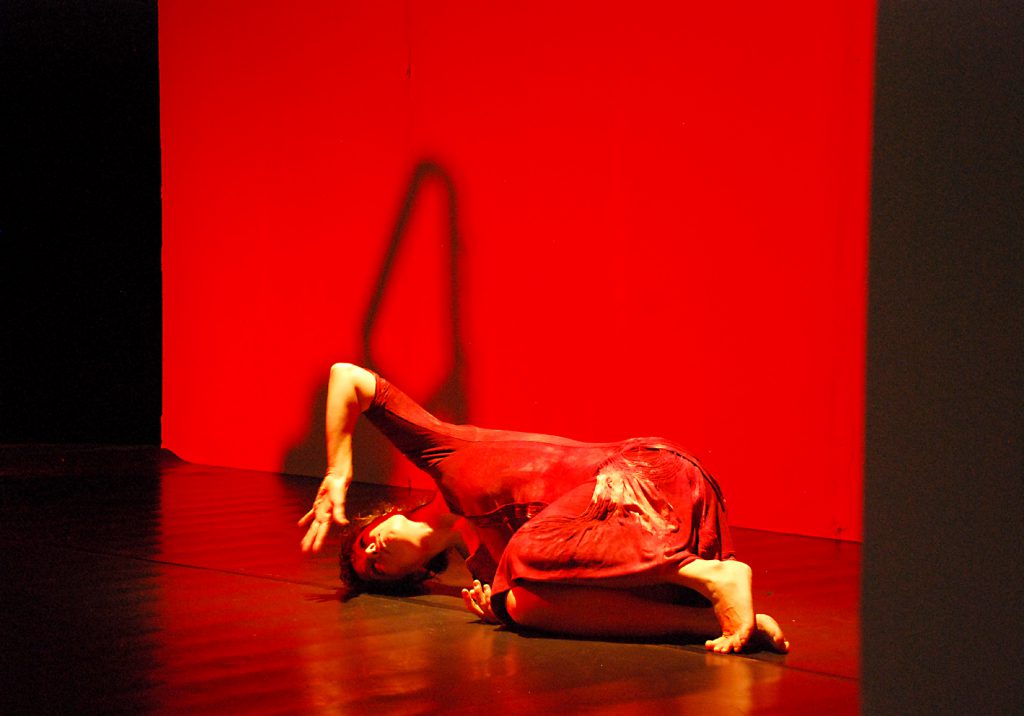 *May: CONCERTS in INDIA 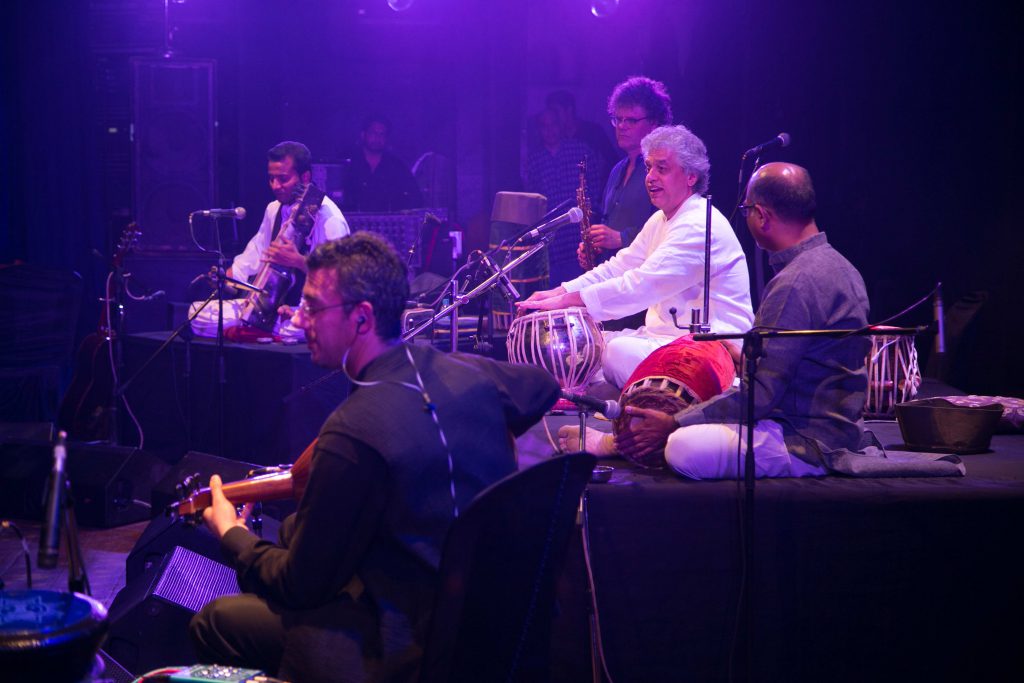 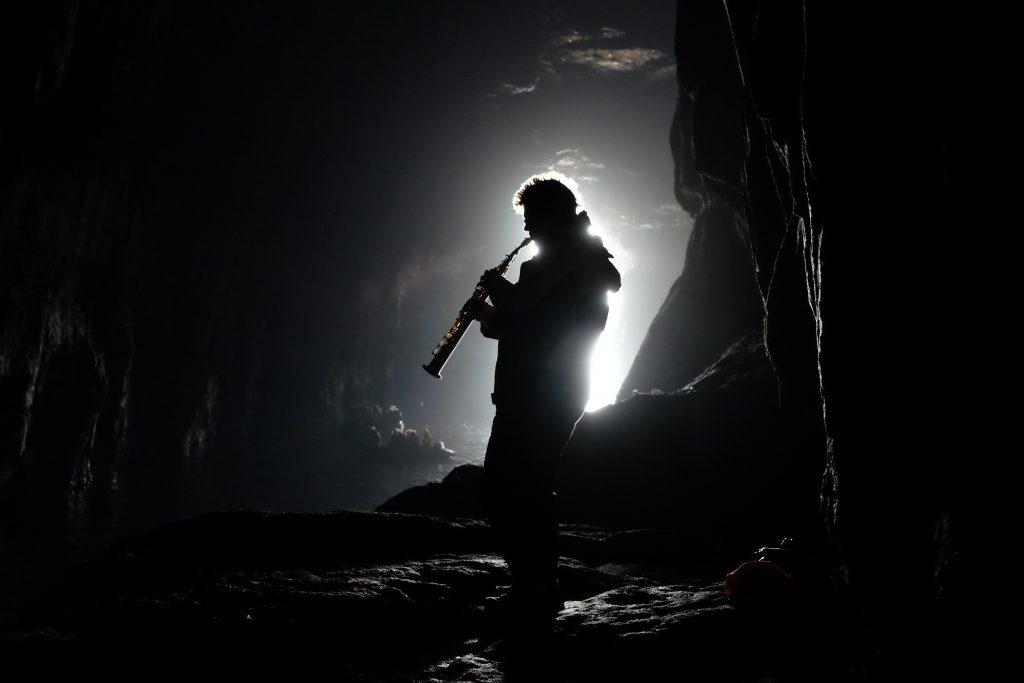 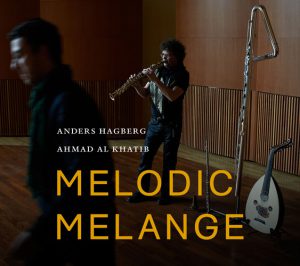 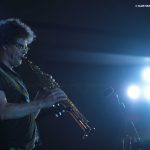 Anders Hagberg Quartet has been selected as finalist to “one of the best CDs of 2012”.

Tour with Sweden-Palestine project October 31 until November 10.
Soloshow at “Kulturnatta” in Gothenburg in the Palmhouse. Ambient soundscapes in the night.
Quartet gigs coming up.

Yggdrasil US review: “The group was fantastic… the combined sound was simply otherworldly.” 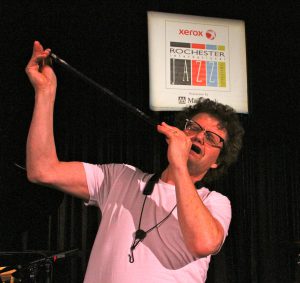